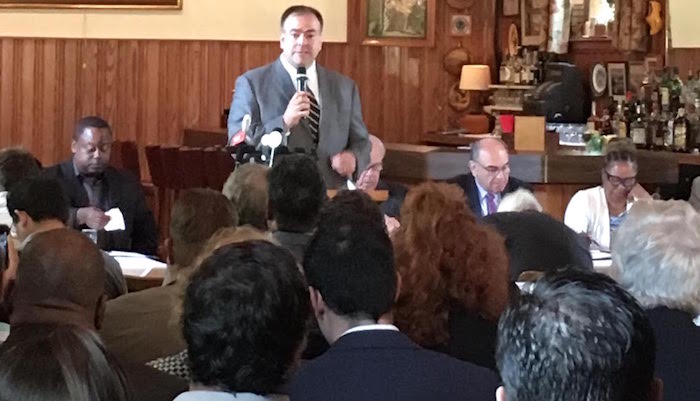 COOK COUNTY (January 25, 2018)–Fritz Kaegi, the progressive Democrat challenging embattled incumbent Tax Assessor Joe Berrios in the March 20 primary election, said on Thursday that if elected, he will work to advance legislation to streamline the process by which seniors in Cook County qualify for the senior citizens property tax exemption.

Under Berrios, seniors have to apply for the Senior Citizens Homestead Exemption when they turn 65, and then reapply annually.

“We have the technology today to allow the senior exemption to automatically renew annually–but instead we make seniors go through an unnecessary and burdensome process, essentially to prove they are still alive,” said Kaegi. “As Assessor, I’ll go to Springfield and fight to change this. We should be finding ways to make sure government makes life easier for people–not more complicated.”

The change would have to be mandated via a relatively simple change in state statute, Kaegi noted.

“Other government agencies track when Cook County residents have passed away, including the Clerk’s office and the Social Security Administration. There’s no reason the Assessor’s office can’t coordinate with those agencies to ensure that no one is receiving an exemption or freeze who shouldn’t be,” said Kaegi. “This is just one of the many common sense initiatives we can implement to ensure the Assessor’s Office is operating fairly, ethically, transparently and professionally.”

“Unfortunately, Assessor Berrios has been more focused on perpetuating a pay-to-play scheme than on making the system function for working families and seniors,” said Kaegi. “When our Assessor is prioritizing tax breaks for buildings like the Trump Tower over the needs of Cook County homeowners, we’re on the wrong track.”