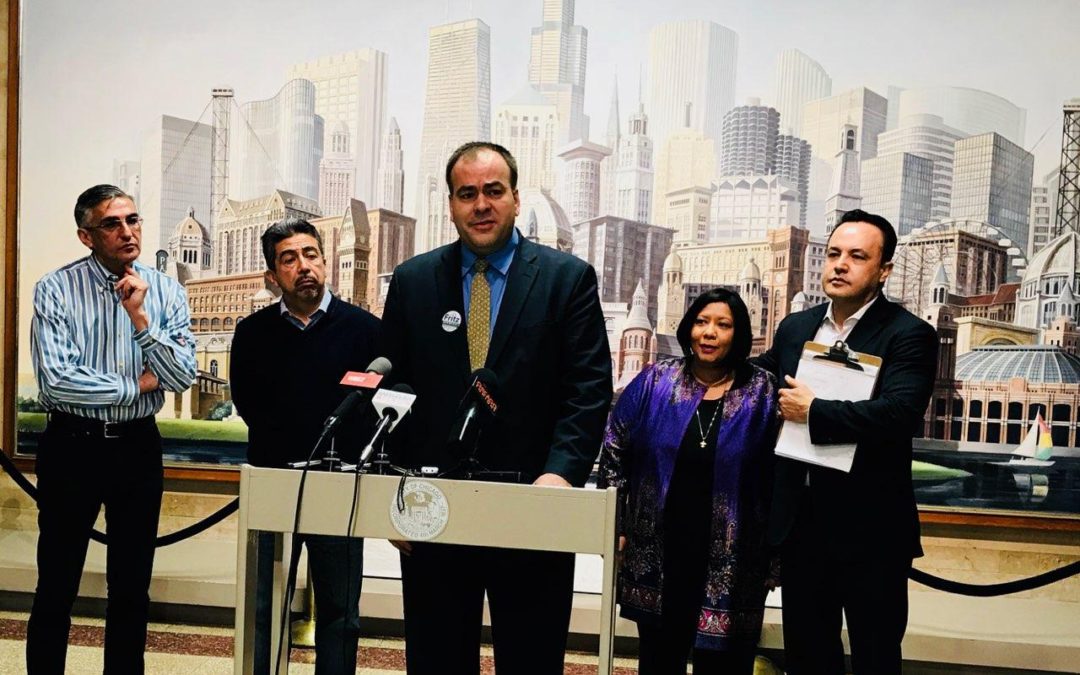 “The latest report from the Civic Consulting Alliance confirmed how the current property tax system continues to unfairly penalize homeowners throughout the county,” said Ald. Solis. “That will change once we elect Fritz Kaegi as Cook County Assessor. I know that Fritz cares deeply about our communities, and he has a proven track record that demonstrates his qualifications for the job and his commitment to ethics, accountability and transparency.”

“Joe Berrios has ignored every voice begging him to change a deeply unfair property tax system. I am deeply disappointed in his failure to protect the working people who trusted him to fight for them,” Solis said.

Ald. Foulkes spoke on the impact of overassessment in her community. “People are afraid. They feel that they are being overassessed. They worry they won’t be able to enjoy the fruits of their labor. We have one shot to make a change in our Assessor’s office and elect Fritz Kaegi.”

Ald. Cardenas added, “Our constituents deserve better. We have heard the promises from our current Assessor saying ‘We will fix this,’ We will do better.’ But I say enough is enough. We need Democrats to start representing Democratic values. We need new leadership.”

Kaegi followed, “The CCA’s report only adds to a mountain of research on how our property tax system, under the current Assessor, shifts wealth from the poor to the rich. It is such an honor to receive these endorsements, from aldermen who see the effects of this system in their communities every day. As Assessor, I vow to create an assessment system that is fair and transparent, and lives up to what the voters deserve.”