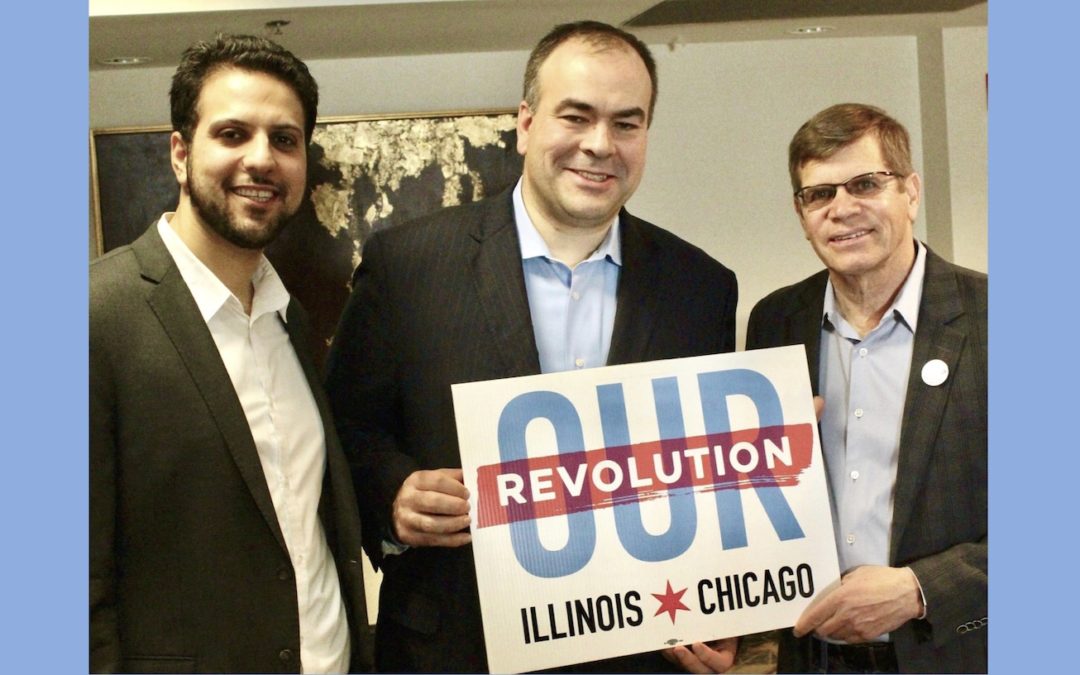 Flanked by coalition members from throughout the County, Our Revolution (Illinois Chapter) Executive Director Clem Balanoff, a grassroots organization continuing the mission of the 2016 Bernie Sanders presidential campaign by advocating for essential reforms and supporting a new generation of progressive leaders, endorsed Kaegi in his bid for the Cook County Assessor’s Office.  “For too long, the current Cook County Assessor Joe Berrios continues to defend a broken system that he himself broke in the first place,” said Balanoff.  “Assessor Berrios’ political committees have received millions in political contributions from property tax attorneys, law firms and those who make money from the appeals process. This is pay to play at the highest levels.”

Cook County Commissioner Jesus “Chuy” Garcia continued the sentiment, “It’s time to clean up the corrupt practices in the Assessor’s office under Joe Berrios.  All Cook County residents deserve fair treatment and equitable treatment.  Homes in predominantly Latino and African-American neighborhoods are assessed at rates much higher than those in wealthier neighborhoods.  The people of Cook County need Fritz Kaegi to clean up these corrupt practices and restore honesty and integrity to the Assessor’s Office.”

David Orr, the Clerk of Cook County, introduced Kaegi. “I support Fritz Kaegi for Cook County Assessor because the current Assessor, Joe Berrios, is running a broken assessment process, resulting in unfair assessments and therefore unfair taxes for many middle and moderate income residents,” said Orr.  “I know that Fritz will clean up the Assessor’s office.  He’s smart and dedicated to a transparent and accountable office.  He has a proven track record and he can win.  He’s the champion the people need.”

Kaegi, who his spent career valuing assets, and being a responsible steward of working people’s retirement and savings, warmly embraced the endorsements by adding, “I am honored to receive the endorsement of Our Revolution, the largest progressive grassroots organization in the state.”  He continued, “I remember growing up in Hyde Park and hearing the names David Orr and Chuy Garcia and being in awe of their pride in civic duty and progressive leadership.”

“Our campaign is gaining momentum,” said Kaegi. “Earlier this week, we turned in more than 22,000 petition signatures from all over the County.  The residents are tired of the current Assessor and it’s time for a change.  It’s time to eliminate pay-to-play politics, nepotism and corruption in the office.  As Assessor, I will bring honesty, integrity and fairness to the office.”