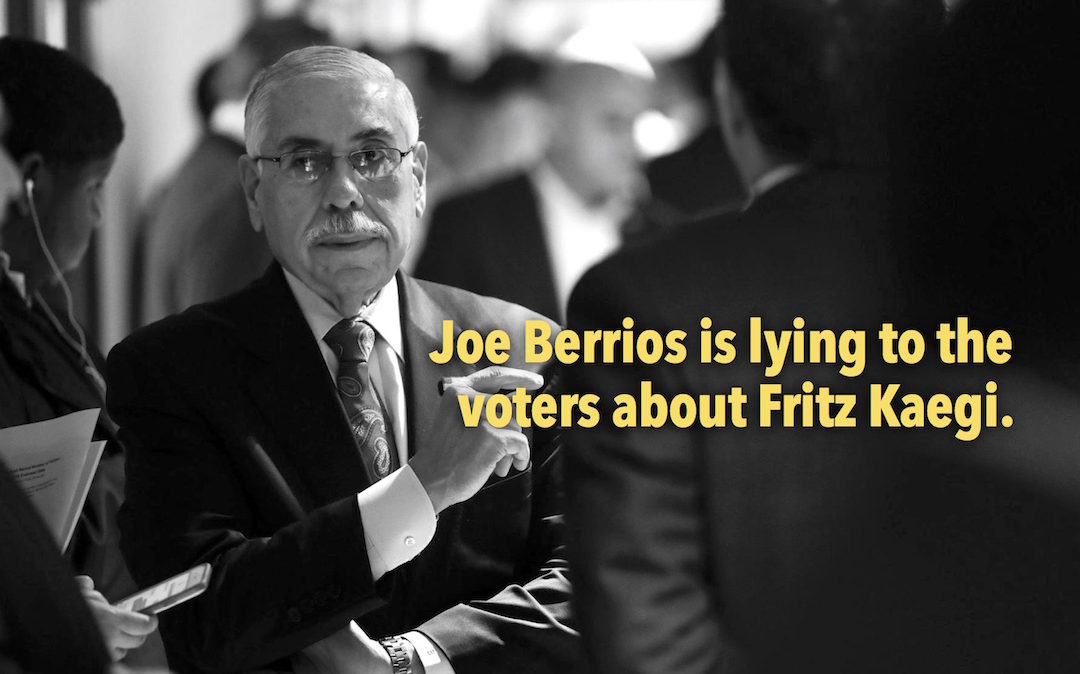 “Joe Berrios’ allegation that Fritz Kaegi ever bought, supported, or invested in CoreCivic or any other part of the private prison industry is a complete fabrication. The Acorn Fund’s SEC Filings from 3/31/15 to 12/31/2016 list its holdings during the period when Fritz was Portfolio Manager.  We have included links to the filings below:

“We have also attached a document that lists Columbia Acorn Fund holdings as of 2-28-2017, which is published by Columbia Threadneedle and available from its Shareholder Relations department. This is the last period where holdings managed by Fritz were reported to the public. CoreCivic is not listed as a holding in this document either, because the fund did not own shares of that company on that date.

“The Berrios campaign keeps pointing to Columbia Acorn Fund holdings as of March 31, 2017. But Fritz was not a portfolio manager on the Columbia Acorn Fund at this date. He provided notice of his resignation on February 28, 2017, and stepped down from the funds he managed on March 13, 2017. This SEC filing reports the change.

“There are some companies appearing on the March 31, 2017 holding statement that Fritz’s successors purchased because Fritz was no longer there to block them. CoreCivic is among these. “There is not a single document listing CoreCivic as a holding that also lists Fritz as a portfolio manager, because he never allowed the purchase during his time managing the fund.

“Why did Fritz block the purchase of these kinds of companies? He has always believed these were bad companies in a bad business which have a devastating impact on communities. CoreCivic, previously known as Corrections Corporation of America, changed its name a number of times to hide the nature of its business.  They have opaque accounting and contracting practices.  They try to change how the market views them, dressing themselves up as real estate companies.

“Additionally, Fritz understood that these companies were running up against a pronounced change of attitude of the American people, toward our country’s failing policies of mass incarceration. Private prison companies were selling something that the American people and governments increasingly did not want. All of these dynamics made for a hugely risky, unattractive investment prospect.  They were morally wrong, and they were bad investments.  Every time someone suggested an investment in these sorts of companies, Fritz rejected it.  The Acorn Fund never owned shares of these companies while Fritz was managing it.

“Assessor Berrios tells a malicious lie that Fritz Kaegi invested in or profited from these companies. Fritz demands a retraction and personal apology from Joe Berrios for making these defamatory charges.”