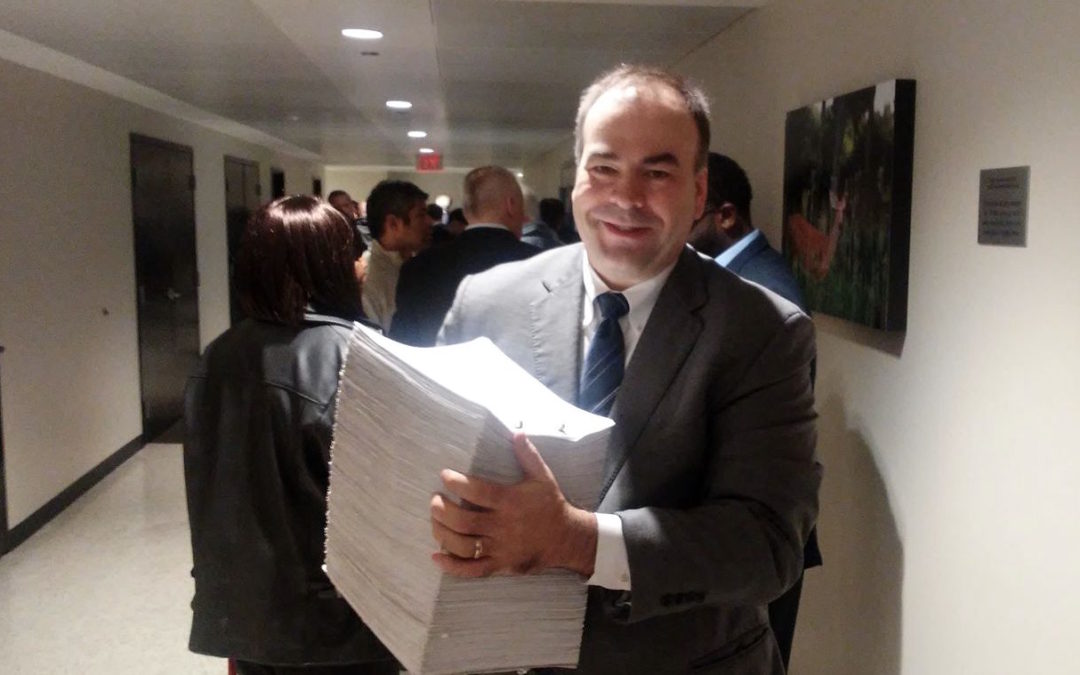 COOK COUNTY (November 27, 2017) – Progressive Democrat Fritz Kaegi, an Oak Park resident challenging incumbent Assessor Joe Berrios, delivered more than 22,000 petition signatures on the first day of submissions, far surpassing the nearly 8,000 needed to secure a spot on the ballot for the March 2018 primary. The number of petitions submitted, a strong showing for a first-time candidate, comes on the heels of a steady increase in public support for Kaegi and his quest to unseat Berrios, who has held the Assessor’s role since 2010.
Flanked by his family, well-wishers and campaign staffers, Kaegi stood proud of the progress made in his campaign since tossing his hat in the ring back in May.
“Today is a tremendous day for truth, honesty and transparency for the residents of Cook County,” remarked Kaegi as he greeted supporters after submitting the petition documentation for verification. “We have made great strides since starting our campaign in the spring. We have a great team and we’ve worked hard to get to this point, but we have a long road ahead of us. We need to make sure that the residents of Cook County know that there is someone fighting for them, someone who is not beholden to deep pockets and conflicts of interest.”
“From the beginning, we have sought to bring fairness, honesty and integrity to the office,” said Kaegi. “The hard-working men and women of Cook County and their families have been unjustly taken advantage of by an Assessor who is beholden to the connected and affluent. Once we are on the ballot, we will continue to take our message of equitable treatment for all to the voters, who have the ultimate choice. The system has been broken for far too long. County residents deserve better.”