South Side Democracy for America endorses Fritz Kaegi for Assessor 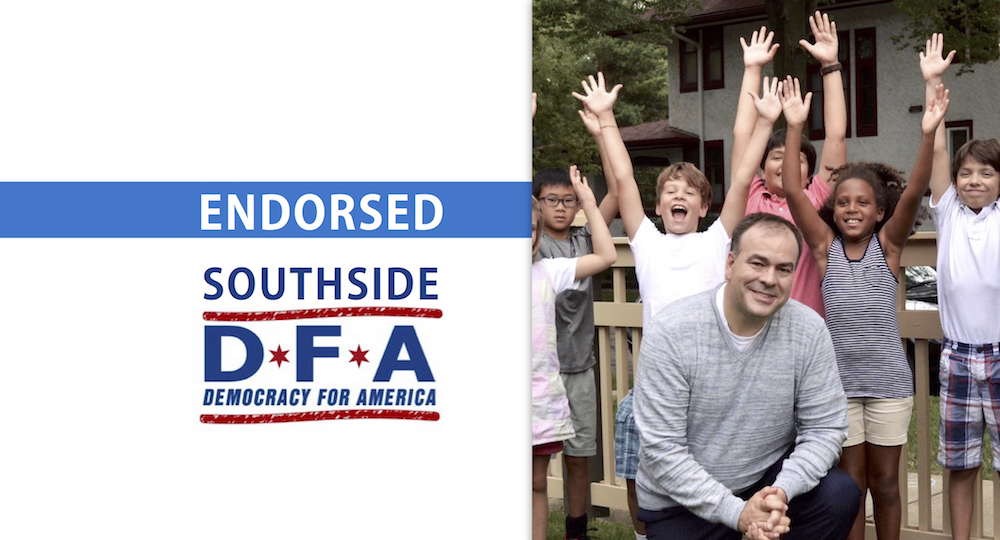 Kaegi is challenging incumbent Assessor Joe Berrios in the March 2018 Democratic primary election. Numerous media investigative reports have raised serious concerns about sweeping inequity in property assessments by the current assessor’s office. Media reports have also exposed widespread pay-to-play and gross nepotism on the part of Assessor Berrios–who has added more than 10 members of his own family to the County payroll.

“The South Side has been deeply impacted by the unfairness of property assessments by Berrios. We need an immediate shift in leadership in the assessor’s office so that no more families risk losing their homes due to over-assessment,” said Marc Loveless, Chairman of South Side DFA. “Fritz Kaegi will bring fair, transparent and ethical leadership to the assessor’s office. His sincere commitment and clear credentials to bring the change needed gives us great confidence in his leadership as Cook County Assessor.”

Kaegi said, “I am humbled and grateful to have earned the endorsement and adoption of South Side DFA. We are excited to see continued growth and support from across the county for ethical, progressive government.”