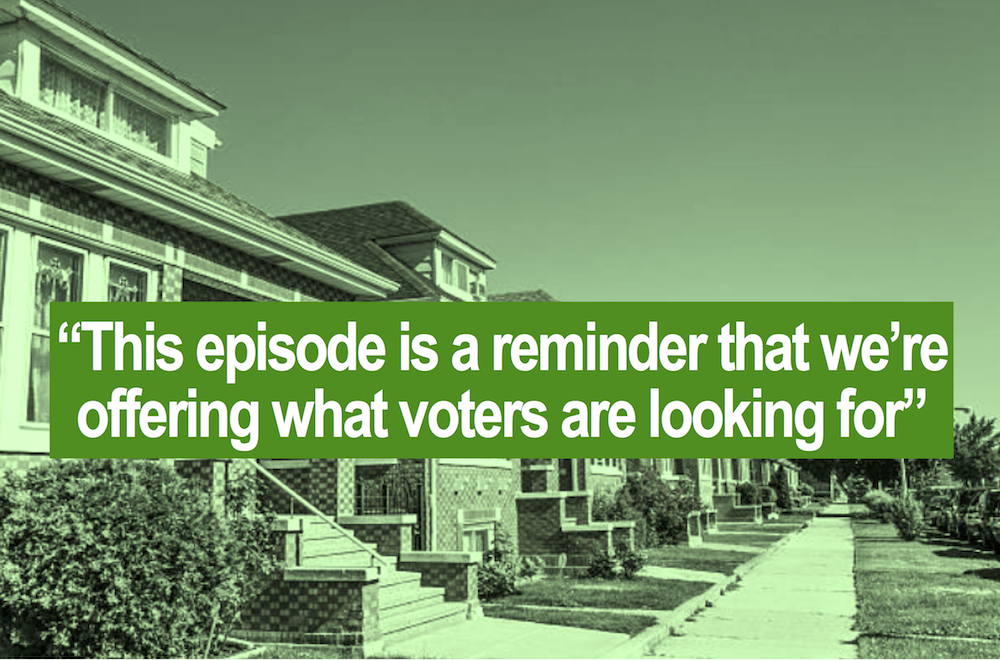 Law360, Springfield (October 18, 2017, 9:44 PM EDT) — The man challenging the powerful head of the Cook County Democratic Party for the office of county assessor wants to know who is behind the fake website, social media profile and fundraising campaign that bear his name, Fritz Kaegi said in a petition filed Tuesday.

Kaegi filed the petition in Cook County Circuit Court demanding to know who is behind the website purchased from domain name provider GoDaddy, the fake social media profiles on Facebook and Twitter, and the fraudulent fundraiser on online political fundraising website Crowdpac. He is running against longtime Democratic stalwart Joe Berrios in the wake of a Chicago Tribune investigation this summer into how Berrios runs his office, which allegedly often gives property tax breaks to the wealthy and overestimates the value of properties owned by the poorest Cook County residents.

Kaegi told Law360 on Wednesday that the fake website, fritzkaegi.org, was set up in May, well before his campaign was announced, and before the launch of his official website,fritzforassessor.com, and even a few days before he officially formed a committee to run for office.

“We know that people have tried to volunteer on the [fake] website and nothing comes back,” Kaegi said. “And maybe that’s what those folks are trying to do to: hurt their image of this campaign.”

The petition is filed under the Illinois Right of Publicity Act, and seeks discovery of who is behind the fake online presence.

After Kaegi’s wife discovered the fake website in June, the fake Twitter and Facebook accounts were found next, though the social media giants have deactivated both of those accounts at his request. But the fake website, he said, has been trickier to take down, as the person or entity who registered it paid extra to hide his or her identity.

When Kaegi’s name is searched on Google, the fake website shows up before his true website. But he told Law360 that instead of bothering him, he feels that the fake website and social profiles have actually been a boon to his campaign.

“This episode is a reminder that we’re offering what voters are looking for,” he said. “This event has really galvanized our support … our supporters are upset and hitting the street harder than ever.”

But Kaegi had to admit that the presence of photos of his children on the fake website, which have since been taken down, was unsettling.

“It’s extremely disturbing and creepy,” he said. “This is our family, and we don’t know who put it up… It just underscores the lack of transparency and honesty [in politics].”

The CrowdPac fundraiser has also been frustrating to take down, though Law360 confirmed on Wednesday that it is closed and no longer accepting donations. The fake fundraiser bears the same professional photo, and as with all of the fake online presences, none of it is disparaging toward Kaegi, despite a few spelling errors. There’s no way of knowing how much the fake CrowdPac fundraiser took in, Kaegi noted, saying it was a “very serious legal matter” to impersonate someone for political donations.

Asked whether he suspects Berrios or a Berrios operative is behind the fake websites, Kaegi would only say that “more information will be coming out in coming weeks,” and that despite the distraction, his campaign was on track to file the required number of signatures to get on the ballot for the March primary.

Kaegi’s campaign manager, Rebecca Reynolds, told Law360 in an email Wednesday that she “would not be surprised” to see even more of these types of schemes throughout the campaign.

“We’ve seen these tactics before and we know that, not only don’t they work, but they just remind the voters that these machine politicians respect them so little they have no qualms about deceiving them,” she said. “It says a lot when the people supporting a politician have to resort to deception because they can’t make an honest case for reelection.”

Kaegi’s attorney declined to comment on Wednesday, instead deferring to the campaign. Representatives from the online companies could not be reached for comment on Wednesday. Calls and emails seeking comment from Berrios and the fake website’s manager went unanswered.

Counsel information for the online companies could not be determined on Wednesday.